With the majority of the country now spending more time than ever at home, are you using your extra time at home to tackle that long put off home improvement task, or are your tools continuing to gather dust?

Recent search trend data from SEO Monitor shows that the number of people looking for advice on their home DIY projects have increased more than 300% during the social lockdown measures brought on by the COVID-19 pandemic. But how many of us are actually following through with our DIY plans?

Here at Burton Roofing, we decided to delve deeper into these numbers and asked 2,000 members of the public exactly how often they are using their tools, and just how much money they have invested in their toolbox over the last year.

The research shows that the vast majority of the country is at least well prepared to get started on a new DIY project, with 90% of respondents claiming to own at least one handheld tool.

The most common item in the country’s toolbox - the measuring tape - shows that an element of planning is high on the collective agenda. The data indicates that 68% of homes own a measuring tape, narrowly beating the hammer (66%) and screwdriver (64%) as the tools most likely to appear in the nation’s toolboxes. 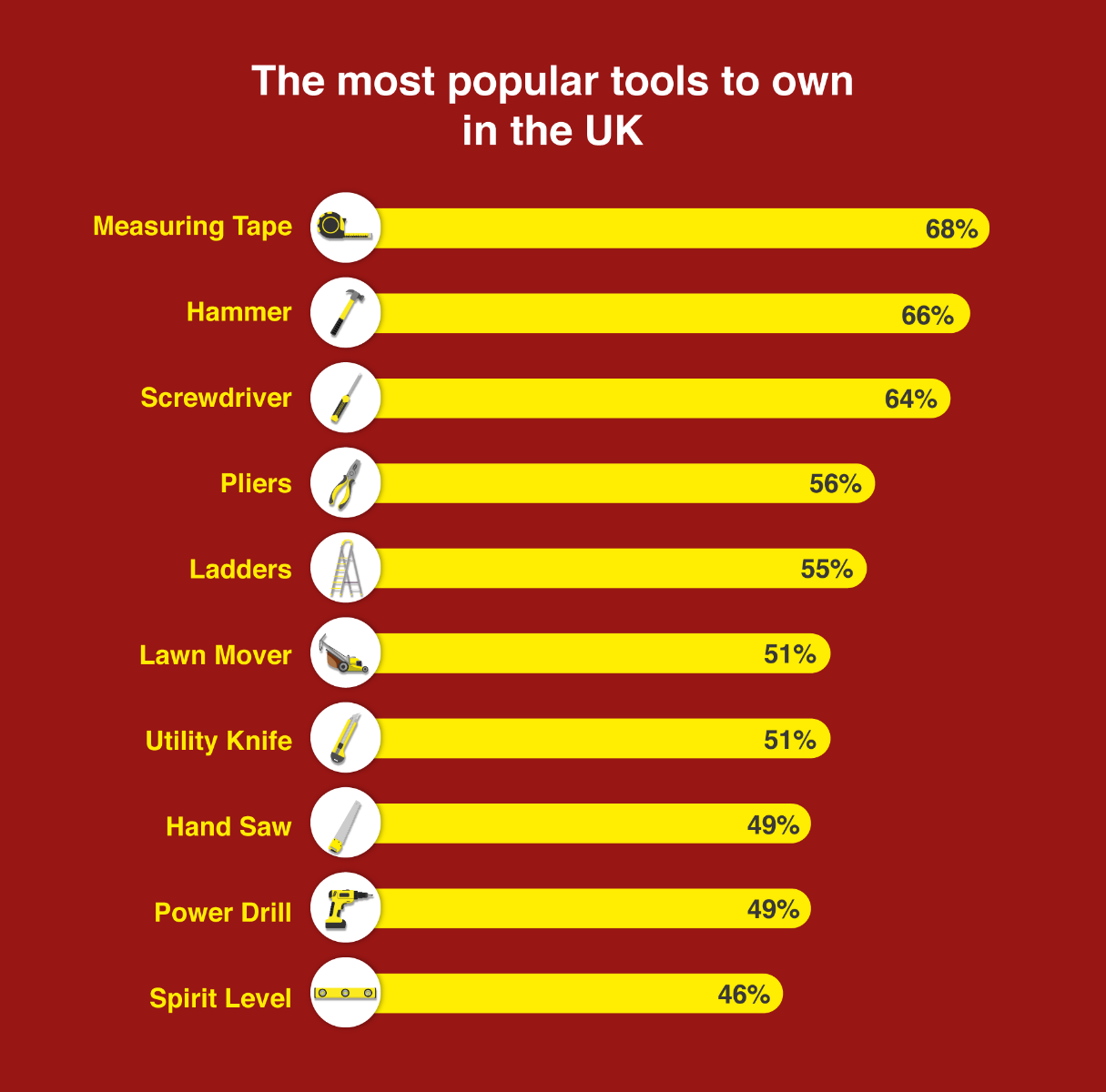 More worryingly for those looking to avoid wonky shelves, less than half respondents (46%) stated that they owned a spirit level.

Value of the Toolbox

But what about those looking to invest in new tools in order to get started on their latest DIY project? The data shows that the average value of items in our toolboxes stands at £371.30 per household, indicating a collective national spend of £19.7 billion on spanners, hammers and drills and other tools according to the latest adult population figures from the Office of National Statistics. 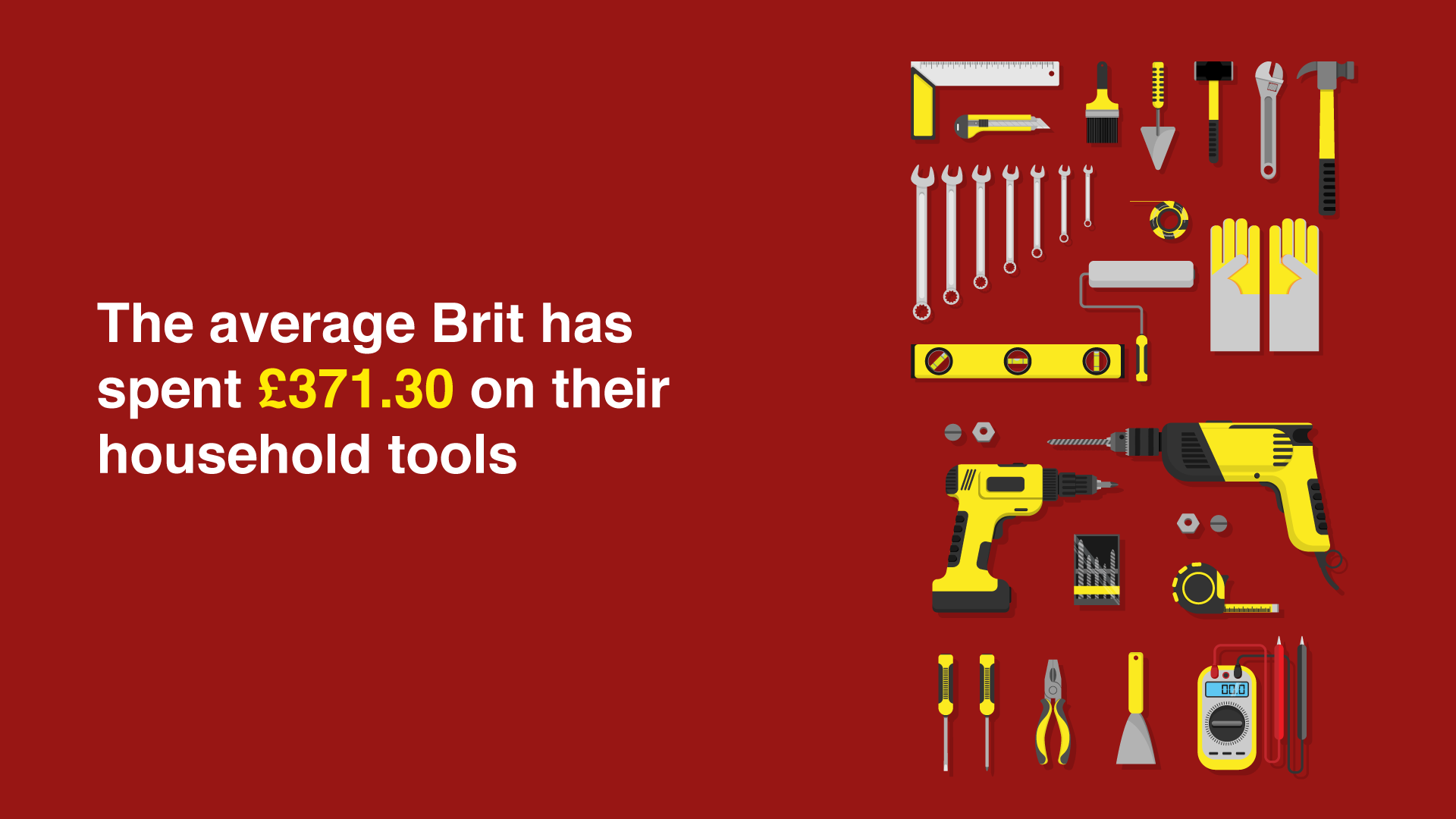 Different areas of the country are seemingly investing vastly different amounts in their personal toolboxes. Those in Liverpool have invested the most in their household tools, spending a staggering £950 on their tool collection, whilst Nottingham residents are the thriftiest; investing £100 on items for their toolboxes.

However, buying a set of shiny new tools and actually putting them to regular use are two very different things. The research indicates that over a third of Brits (37%) are only using their tools for household DIY tasks every few months at the most, whilst 1 in 10 have NEVER used their tools despite investing the money to purchase them. Based on the national tool spend calculations, this suggests that almost two billion pounds worth of tools (£1,966,995,464) are being left untouched in houses, sheds and garages up and down the country. 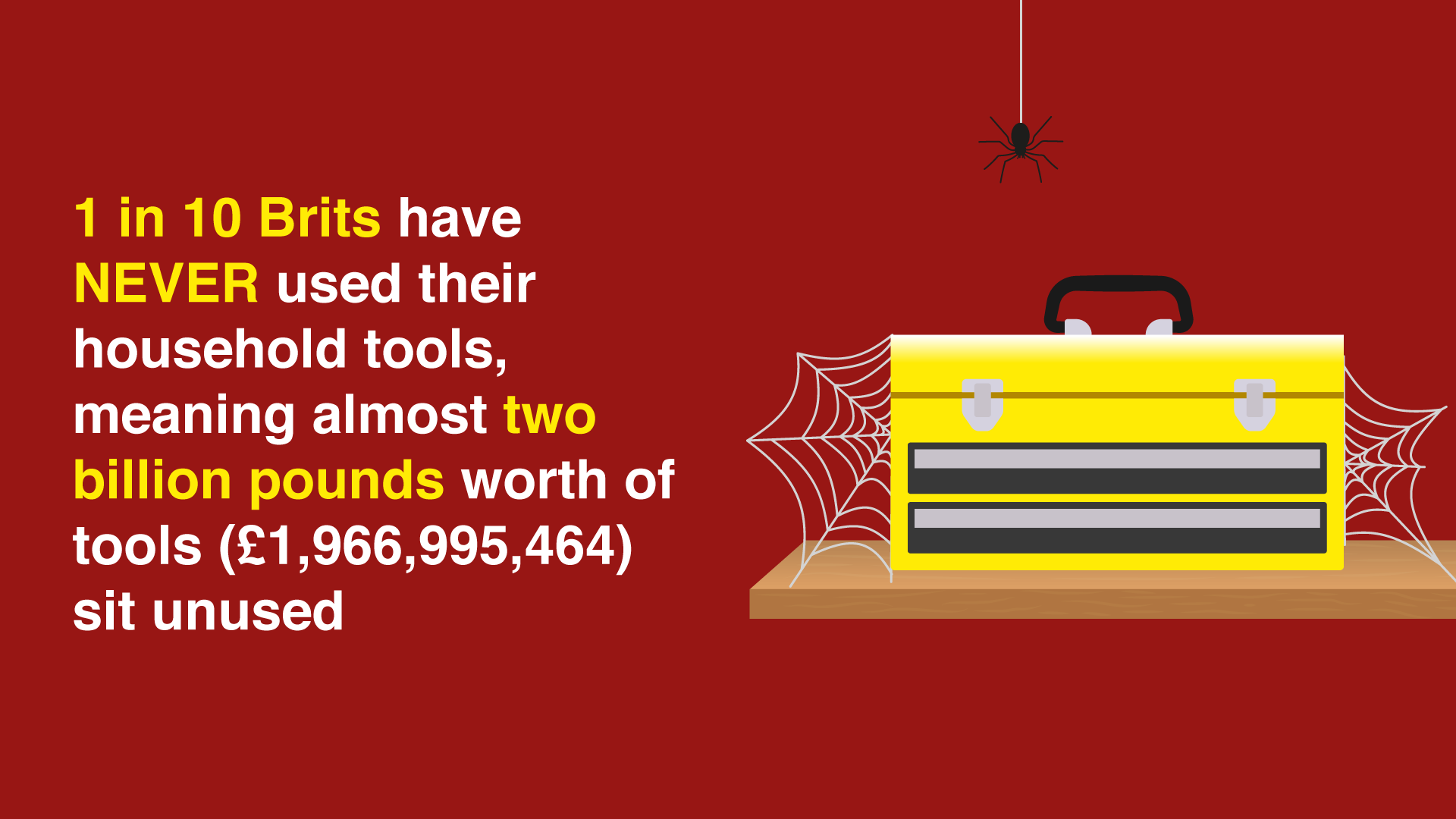 There are still DIY enthusiasts out there however, with over a quarter of respondents (26%) claiming to use their household tools at least once a week and one in twenty (5%) going as far to pick up their toolbox every day.

With the country experiencing the largest lifestyle change in a generation in the first half of 2020, it seems that many have taken the opportunity to finally put their household tools to use and even invest in further additions to their toolboxes.

The majority of respondents (62%) stated that they have been using their tools more often for various DIY tasks during the social lockdown, with those in Bristol the most likely to have used their tools more since the restrictions were introduced. 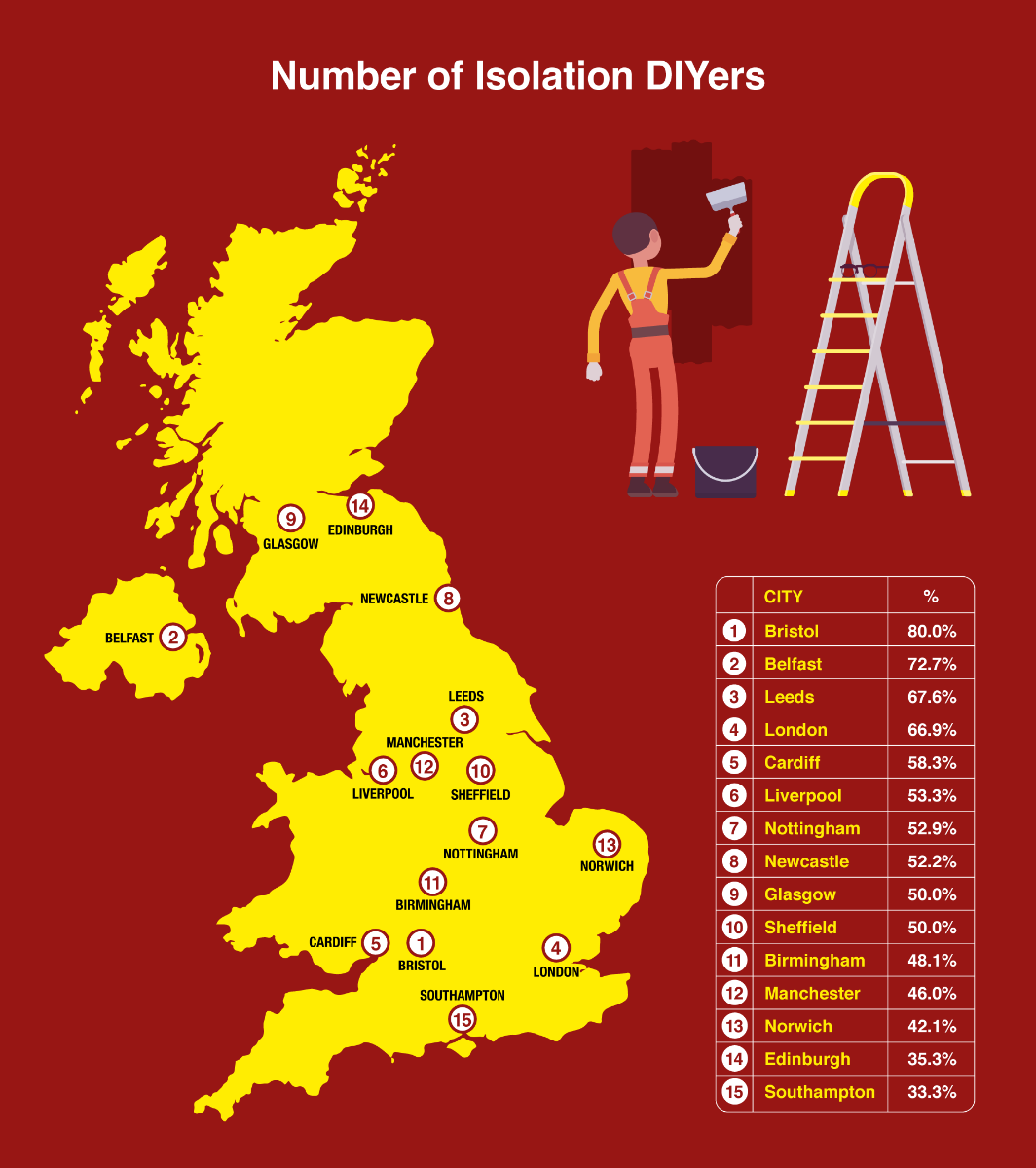 80% of Bristolians stated that they have been attempting more home improvements since the lockdown was introduced, making them the most enthusiastic lockdown DIYers in the country, whilst Southampton came in bottom of the list. However, with a third of those in Southampton stating they were more likely to pick up the tools, this is still over a third (33%) looking to tackle DIY tasks around the home.

The country is not just utilising their existing tools either, with the data indicating that 34% of Brits have been splashing out on new purchases for their toolboxes during the lockdown. Of the new purchases, it seems the country is looking for bigger and more ambitious DIY projects whilst in lockdown, with Power Saws (23%), Power Drills (18%) and Power Washers (12%) topping the list of new purchases.

Whether you’re a daily DIYer or you’re utilising the extra time in the home to tackle a new project, it’s important to do your research thoroughly, purchase all the correct protective equipment to go with any new tools and ensure you’ve planned out your project before getting started to avoid any costly repair work down the line.