A New Roof for India Buildings 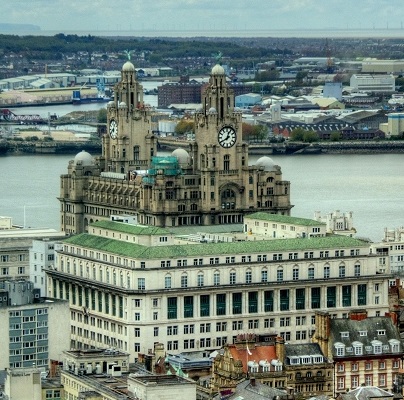 The India Buildings are part of Liverpool’s Unesco World Heritage Site, designated because of it's historic importance to the growth of the British Empire and European emigration to the US. It’s in the 'Commercial Quarter'/Castle Street Conservation Area -one of the six areas included in the UNesco Listing due to “the nature of its street development over three centuries and the grandeur of its architecture and monuments”. Pier Head and the three graces are close by and were built to celebrate Liverpool being one of the most important ports in the world.

The location of India Building on Water Street which leads down to the river Mersey is on one of the oldest streets in Liverpool and would have previously been medieval Liverpool originally being called 'Bonke Street', or 'Bank Street'. Since the C19 the street has been lined with financial and commercial institutions.

The Grade 2* India Buildings was built between 1924 and 1932 by an architect influenced by the Italian Renaissance and American Beaux Arts style synonymous with New York. 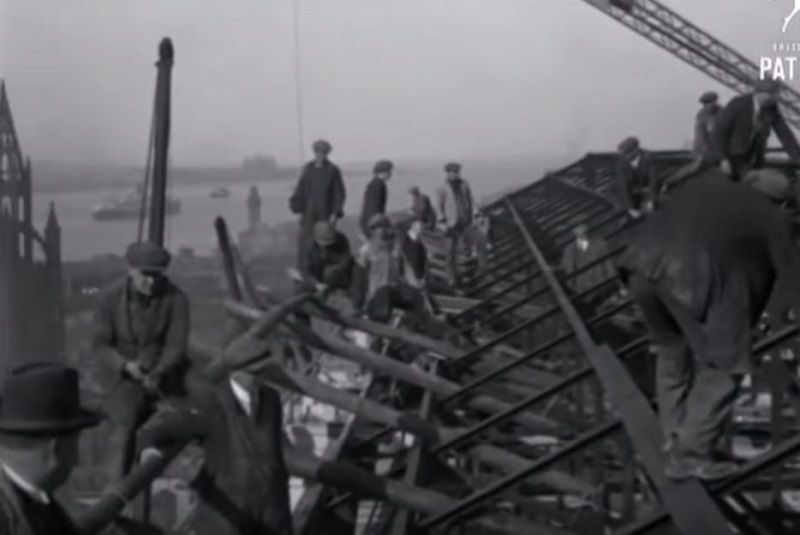 It was built as a speculative venture by a shipping firm who wanted it for their use along with offices let to other businesses. To give you an idea of it’s size, it has 9 floors plus a basement and takes up an entire block in the city! The building was constructed on a steel frame, clad in Portland Stone. The concrete roof is covered in green bambino Lombardic tiles. India Buildings has had a chequered history in recent years and now is undergoing substantial renovation work by Styles and Wood Group Plc for their client Shelborn Asset Management.

ARC Roofing (Leeds) Limited have been tasked with the envious job of restoring the roof. Based in the West Yorkshire they have over 30 years of experience in the industry. They work with developers and house builders on new build, renovations & restorations in housing, care homes, hotels, schools, hospitals and are experienced in working with the UK’s top restoration contractors. They've an impressive heritage portfolio including work on the York Theatre Royal; Middleport Potteries (Prince Charles Trust/English Heritage); Durham Massey (English Heritage); Sewerby Hall; Cathedral House, Salford; St Peter’s Church, The Calls, Leeds; Cusworth Hall, Doncaster.

“India Buildings is one of the most iconic buildings in the North West and this job is a huge challenge, but we are delighted to have been chosen to help restore such a prestigious roof”

Restoration of the roof will be the crowning part of the scheme to reinstate India Buildings back to its former glory. The hipped roof is covered with green Bambino Lombardic tiles and each end of the main roof there are two large plant rooms, which also have hipped roofs and the same Bambino tile coverings.

Handmade clay tiles were undoubtedly the closest match to the originals, so when it came to sourcing the handmade clay tiles, the Sandtoft Heritage Service a specialist conservation and restoration service that creates bespoke handmade roof tiles and fittings were the perfect choice. Their skilled craftspeople can replicate any profile and any colour, with precise attention to detail. Nigel Dyer, Heritage Services Manager has been involved with the project from the start. Liaising with the Listed Buildings Officer/ Historic England on the roof over any decisions including the colours of the specially sourced glaze.

“the original Bambino tiles came from the best producers at the time in UK, in Bridgewater. Pleased to think they’ll be replaced by the same quality handmade tiles made in our Broomfleet factory."

Sandtoft are producing moulds taken from an existing tile and the new tiles and fixings will be made together and a mock roof section is to be constructed to allow detailed inspection prior to installation. 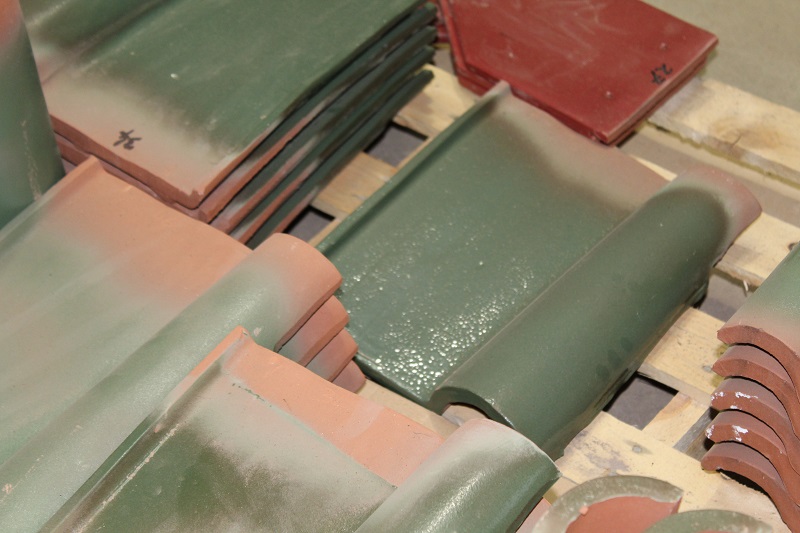 “Access is a huge challenge. The plant rooms on the rooftop will need to be scaffolded. However, the internal areas aren’t load bearing and the roof is in a very fragile state”.

Given the huge scale of the building, we’re required to work in sections at a time - scaffold lifts will have to move around the building. It’s all going to be incredibly labour intensive and add to that the fact we need to work alongside other contractors like the flat roofers."

Until ARC start stripping off the old tiles it is impossible to know the quantity of tiles that can be salvaged and reused, obviously everyone wants to conserve as many as possible, so the numbers of new handmade tiles necessary will have to be constantly reassessed. No space means ‘just in time deliveries’ from Burton Roofing will be essential. Plainly, everything will have to be very carefully managed, but this is something that Burton Roofing Leeds are great at.

The internal square concrete box gutter is a particular challenge. Inspection revealed it is full of debris and the existing tiles that go over the gutter have a square hole with a slim edge that is incredibly fragile. To make matters worse, some if not all of these appear to have been concreted in place. Any that can be salvaged by ARC will have to be handled in a specific way by their experienced roofers.

Re-roofing has provided an opportunity to incorporate improvements to this internal gutter design necessary to keep it free flowing in future. It will be re-lined by the flat roofing team, but having experienced this style a few times before, the Heritage Team at Sandtoft Wienerburger have devised a way of keeping the gutter free of debris by handmaking the same tile with a square hole and attaching a galvanised mesh to the underside enhancing the management of rainwater. It’s the careful planning, design and workmanship that make improvements that don’t detract from the appearance and character of a building of national architectural and historic importance possible.

We can’t wait to follow this exciting restoration and show you the finished roof!